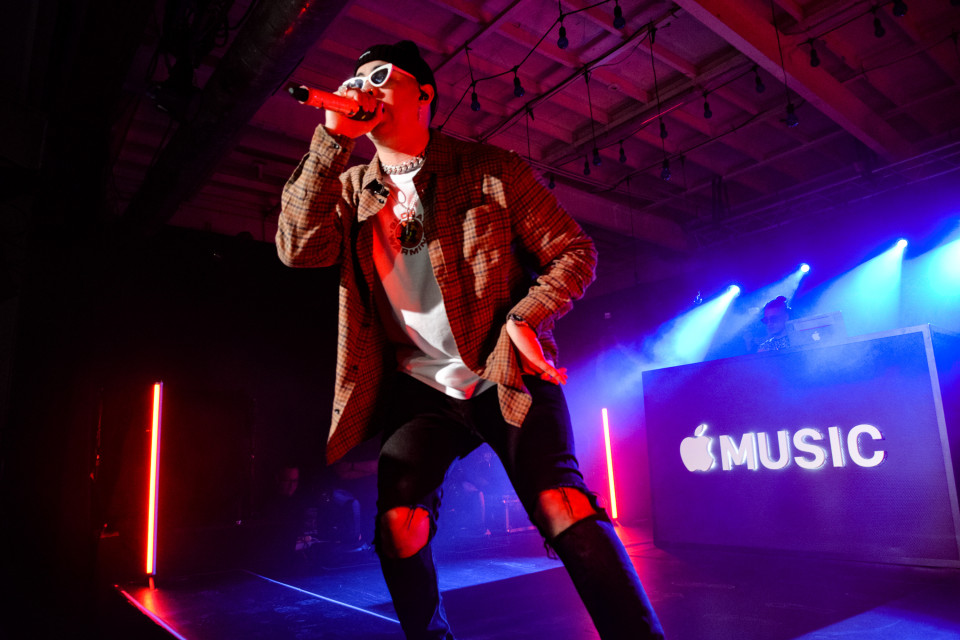 In April of 2017, Apple Music launched a mini-documentary series entitled Up Next. The monthly series focuses on up and coming artists. Each launch brings apple music users mini-documentaries, a latest album release, a live performance, and an interview.

Last night, more than 400 Bad Bunny fans got to experience the artist’s Apple Music Up Next film and eight of his hit songs at an intimate performance at Bar 1306 in Miami. Bad Bunny got the Miami Crowd rowdy with Tu No Metes Cabra, to start his set at 9:40 p.m. Sporting a black Supreme beanie, white sunglasses and a diamond Cuban-link chain paired with a Chinatown Market Global Warming Tee.

The artist surprised the audience by bringing out Puerto Rican reggaeton artist, De La Ghetto to perform the song Caile. Bad Bunny concluded his performance by thanking his fans for his growing stardom and asking them to not forget that he is out there representing every Latino.

To close out the night, Apple Music Latin Programmer, Jerry Pulles brought out a candle-lit cake for the artist and had the crowd sing Bad Bunny Happy Birthday. The Apple Music Up Next film is available today on Apple Music.