Norwegian Cruise Lines has a new ship called the Norwegian Bliss and there are already more than 17,500 posts on Instagram. That’s because the ship has been on tour around the United States. Which states? New York, Miami, and Los Angeles. The ship was officially christened on May 30, 2018, at its summer home in Seattle, Washington. The 168,000-gross-ton ship with a capacity of 4,004 people houses programming that includes the Tony Award® -winning Broadway musical, Jersey Boys, The Cavern Club where you can sing along to your favorite songs from The Beatles live with a talented cover band, and ¡Havana! an original musical theater show created and produced specifically for the ship.

The ship offers more than a dozen specialty dining options. Le Bistro’s decadent atmosphere is the perfect date night spot. The ambiance in the French bistro is a great option for the first night on the ship. Ask to be seated near the window and catch the views, while the ship sets sail. Highlights at Le Bistro include foie gras, tuna tartare, and scallops on a bed of warm hummus. For dessert, try Le Bistro’s Chocolate Fondue for two that brings an array of fruit pieces to dunk into hot chocolate. Le Bistro is located on Deck 17.

At the Q, you can find ribs, chicken or brisket on the menu. The Texas cuisine restaurant also offers live contemporary pop country music each night. A hot item on the dessert menu is the fresh banana pudding served in a mason jar.

For Dessert, visit Coco’s located on deck 6. At Coco’s, you can satisfy your sweet tooth by indulging in an array of crepes, ice cream sundaes, and milkshakes dressed with whipped cream sprinkles, and hard candy.

Take a sip around the world without leaving the ship. There are more than eight bars on board. You can take your A game to the A-List bar. The bar is named after CEO of Norwegian Cruise Line, Andy Stuart. Once there order the Piña Picasso cocktail made with tequila, Aperol, St. Germain, lemon juice, and garnished with a sliced of pineapple. 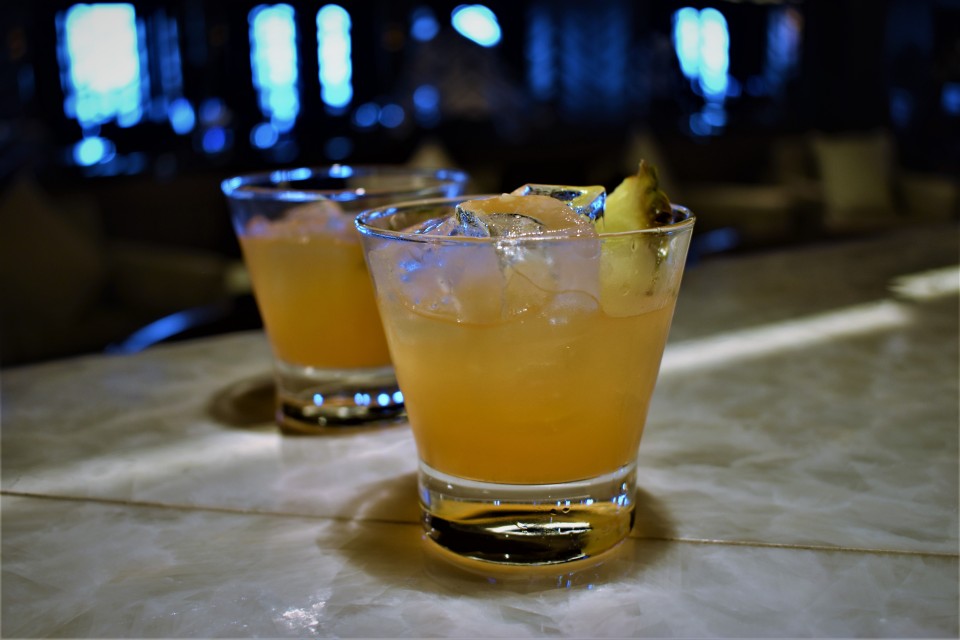 If you’re whiskey lover make sure to grab a seat at the Maltings Whiskey Bar. Here, you can choose from the cocktails on tap such as a Blackberry Bourbon Smash with Bulleit bourbon, cranberry, fresh lemon elixir, and blackberries or a Rye & Rum Sour with Jack Daniel’s Rye, Captain Morgan rum, blood orange puree, orange, lemon elixir, and whiskey barrel aged bitters.

The other bars include The District Brew House that offers craft beers, Mixx bar where you can listen to a live piano performance, Sugarcane Mojito Bar with freshly muddled cocktails, the Local offers a laid-back atmosphere with bowling alley action, The Cellars Wine Bar with daily wine seminars, the Cavern Club with a view to the ocean, and more. 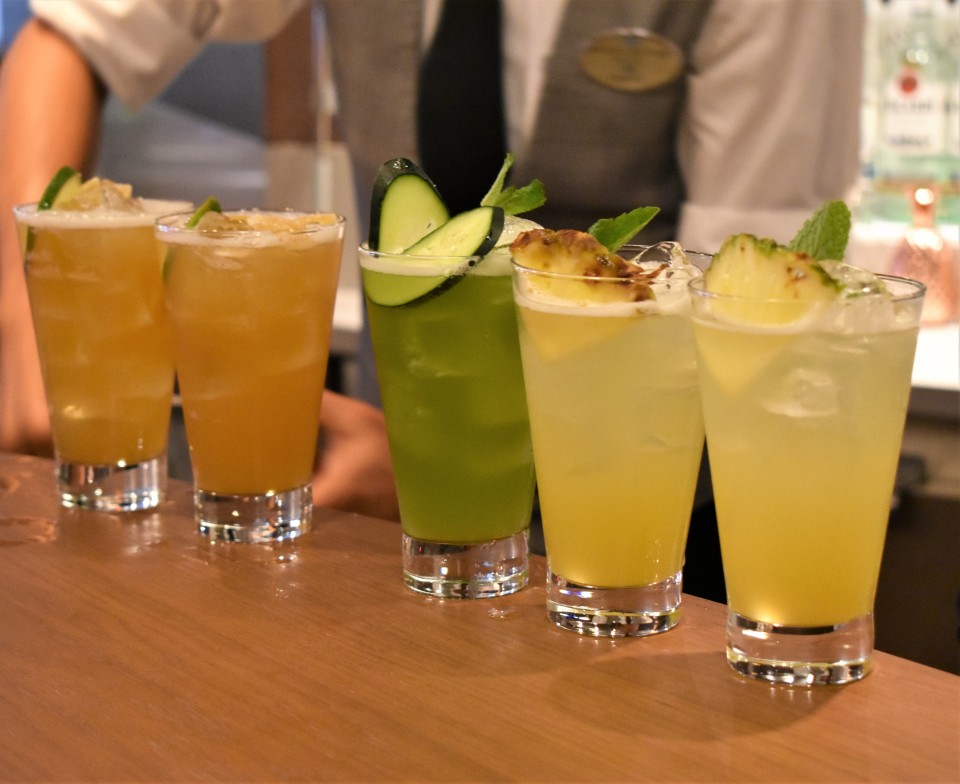 The ship has plenty of options for entertainment and activities including a two-lane bowling alley, a large arcade room, and a room designed for younger ages. Three unique highlights on the ship are the Aqua Park, Laser Tag, and a two-level race track.

At the Aqua Park, you can race on 360 feet side-by-side inner tubes with a see-through section that showcases the striking ocean views. You can also use your racing skills to compete at the two-level electric-car racetrack. The track is the longest at sea with twists and turns at four-speed settings reaching up to 30 miles per hour. You can also test your agility at the open-air laser tag course. The laser tag space station can be visited during both day and night.

The ship returns to Miami this November to sail out for seven-day trips to the Eastern Caribbean. The ship visits St. Thomas, US Virgin Islands Tortola, British Virgin Islands Nassau, and Bahamas ports.

Q & A with Chris Noth on the Launch of Ambhar