Once upon a time, Miamians envied other states for their breweries and craft beer taps at bars. Not anymore. Miami has leveled up. A new addition to the brewery list has just been added. VEZA SUR Brewing Company. Here are three things you should know:

Why Miami? “Miami is the capital of Latin America in the United States, which is exactly why we chose it as our home and the home of VEZA SUR,” says Berny Silberwasser, founder of Bogota Beer Company, the most successful craft brewery in Colombia. 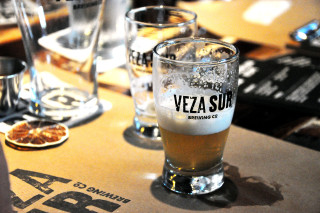 Veza Sur is striving to cultivate a space that’s inviting and homelike. You can arrive at the brewery and feel the chill and low-key atmosphere. “We’ve always enjoyed visiting Miami which has an amazing culture, and have had interest in starting a craft brewery that can meld multiple cultures,” says Chris Cox, Co-Founder of 10 Barrel Brewing Co.

A brewery with West Coast and South American Fusion will be well received. After all Miami is known for its diverse culture and international flair. VEZA SUR is scheduled to open on August 19th.